A few bits and pieces of news today before we get to the ‘season of sickness’ and what the month of November brings! 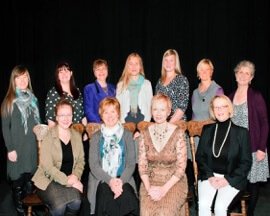 CONGRATULATIONS to the first graduates of the Western College of Homeopathic Medicine! WOOHOO! Four years of hard work, studies, exams, and some celebrations thrown in to keep balance, and you have done it. Well done!

Calgary now has many well-trained homeopaths and our newsletter plans to feature some guest posts from each one of the graduates! Looking for a homeopath? Be sure you find a good fit for you and for your family. Miranda Castro has some excellent advice for finding the right homeopath for you. 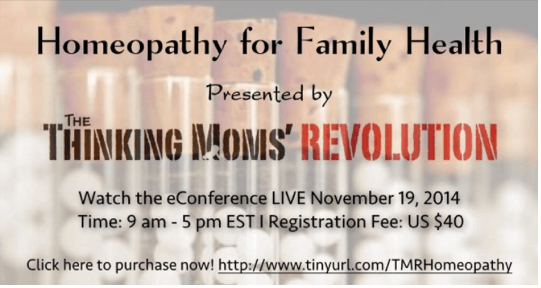 There is still time to register (only $40.00 US) for a whole day of homeopathy. Find out how homeopathy is helping families with everyday ailments and with chronic conditions.

Your support of TMR is greatly appreciated! Thank you. 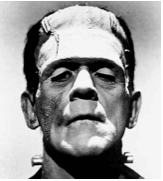 Three years post graduation for me, I started up an ‘e-zine’ (that is what they were called back in the ‘old days’ just a decade ago!). For many reasons, I stopped writing. Seems some of us need a few tries before we find our purpose!

With a recent outbreak of sore throats (including my granddaughter, Gracie), it occurred to me to check and see if I had any information stored somewhere in my computer hard-drive before I attempted to reinvent the wheel…or in this instance, reinvent a newsletter on homeopathy and sore throats. Then I found one of the early e-zines. Not only is there information on sore throats but…some interesting info on the flu! Information comes through media so fast and furious these days that it is hard to keep up. It was great to be reminded of what was happening in October of 2004 – flu season! Researchers were busy creating versions of the 1918 Spanish Influenza!

In light of the recent concerns with Ebola, I thought I would quote from the same article. (If you want access to the Globe and Mail archives, you have to create an account. I searched the archives with ‘Scientists create cousin of 1918 killer flu’ using the parameters of ‘all issues from 2002 on.’ The article was published October 7, 2004. This will give you permission to print up to 5 copies of this article or save as a pdf.)

“The recreated microbe ravaged the lungs of lab mice, causing internal bleeding and inflammation, much as the original 1918 virus did when it killed more than 20 million people in a single year.

Research into the biological properties of the 1918 virus, which is believed to have jumped to people from birds by way of a pig, has taken on a sense of urgency. Infectious-disease experts have long warned that the next pandemic is overdue. Recent outbreaks of avian flu, from Asia to British Columbia, have contributed to concerns.

“The question has been, what was different about [the 1918 virus] that it killed so many young people — not the elderly, or the infirm, but people between 20 and 40, in the prime of their life? They could be healthy one day and dead the next,” said Ian Gemmill, a flu specialist and medical officer of health for the Kingston, Ont., area.

Dr. Kobasa and his colleagues made artificial chemical copies of two of these genes and then combined them with six genes from three other human viruses to make up the eight in the original pathogen. When they began working with a live 1918-like virus, the project moved to Winnipeg’s high-containment, Level 4 lab.

Researchers there applied the new virus creation by droplet to the nasal passages of mice, who became ill within two days. This reaction would not be expected from human viruses, which do not normally attack mice. But earlier this year, U.S. researchers reported that the HA gene may only require minor changes to infect the cells of different species, namely birds or humans. Dr. Kobasa cautioned the work is preliminary: “This is in mice and we cannot say for sure that this will do the same things in humans.”

The samples of the lab-made 1918 flu version will now be stored indefinitely in liquid nitrogen at the Winnipeg facility, sharing space with the world’s other microbial monsters, Ebola and Marburg among them.”

Ebola and the ‘creepy cousin’ of the 1918 Spanish Influenza now share space in the crypts of Canada’s National Microbiology Laboratory in Winnipeg; infectious illnesses that share the characteristic bleeding and possible death. Not everyone died of the flu in 1918, and with Ebola, the death rate is estimated at 50%.

For information on Influenza, check out one of the ‘old’ e-zines where you will find some links to articles on homeopathy and the 1918 or Spanish Influenza (for those who watch Downton Abbey, there was an episode where one of the young women died of the 1918 flu…some others in the household survived the flu, but you can see first hand what the symptoms were like…very similar to Ebola). With homeopathy and homeopathic remedies, the information is always relevant!

A Side of Sore Throats

The sore throats this season seem to have a component of pus and white eruptions in the throat and mouth. Or in my granddaughter’s case, a nasty cold sore on the lip seemed to be part of the symptom picture.

Here is what I wrote in 2004. And you know what? The remedy suggestions are the same…for the last 200 years of homeopathy too! When the symptom picture of the ailment ‘matches’ the symptoms of the illness, then you will support your body’s own ability to heal itself.

“We’ve already had the flu at our house (yes…homeopaths and their families get sick, and if they’re smart, they take their own advice by staying at home, resting, drinking fluids, taking vitamin C to bowel tolerance or loose stool, taking a homeopathic remedy, and phoning their homeopath when they can’t figure out their remedy!). All four of us had a sore throat at the onset of the flu! So here are some suggestions for sore throats, whether they are part of your flu picture or “just” a sore throat.

Prescribing homeopathically for sore throats can be a great way to learn how to individualize a remedy because with sore throats there are so many modalities (a modality is what makes a symptom better or worse…for a sore throat these might include time, temperature, weather, motion, position, eating, drinking, swallowing, emotion, perspiration, and whether the pain is on the left side or right side) that a person may experience. Also, descriptions of the type of pain can be very vivid (e.g., stinging, burning, raw). Then there are sensations…children are naturally very good with these descriptions…like a stick in my throat, like a lump, like a bee sting in my throat, like a scraped knee in my throat, like it’s all swollen inside.”

Yours in health and healing!